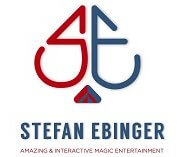 In the next couple of posts, I will introduce you to people, the magic mentors that have inspired me to become a better performer. You’ll meet people who have offered advice, or acted by example, to help develop and direct my career as a magician.

Some of them are alive, some have passed on and some were alive before I was born. By reading classic books and magazines I have stories about their life and performances that inspired and influenced me. They are mostly magicians but also a movie director and Karate masters.

We will start with Joro (Bruno Hennig). Joro was born Oct 1928. He was working at a bank and part-time as a magician. He has published multiple articles in magic magazines and has invented effects that are still used by professionals worldwide today. The dancing cork and the card in the box. Here a clip the famous Dutch magician Fred Kaps performing one his effects on TV.

In the lecture, Joro highlighted to focus on a handful of effects and perform them over and over again and develop your own way of doing the effect. It took me a long time to put this advice into action. But today, almost 25 years later I can say that it was exactly what I needed at the time.

I believe that Joro has influenced hundreds of magicians in Germany with his style and thinking and I would highly recommend reading his books on his stage show and other effects as well as his book on the cups and balls. Unfortunately, they are only published in German.

I met Joro at 3 magic lecture at the Magic Hands magic shop in the mid-’80s. I was lucky that this shop was about 45 min car ride away from my home town. Joro, despite the fact he performed part-time, was never an amateur. He had a very interactive stage show that had been honed in hundreds of shows. The lecture came for me at a time where I consumed a lot of magic. I read books, bought effects and I was chasing alway the latest trick on the market.

Want to join the discussion?
Feel free to contribute!

This site uses Akismet to reduce spam. Learn how your comment data is processed.